Monrovia Robotics Teams Need Help to Get to Houston 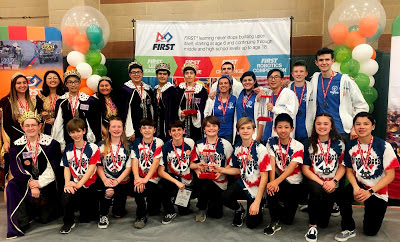 The Kings and Queens, and the Hippie Bots, the two Monrovia robotics teams that have won a spot to compete in the World Robotics Championship Tournament in Houston on April 16-20, have been raising money to get there. So far ...