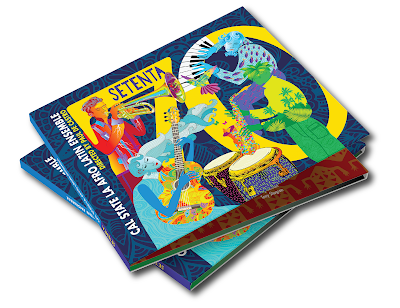 Under the guidance of Monrovia resident and band director Professor Paul De Castro, the Cal State LA Afro Latin Ensemble has released its second album, Setenta, a compilation of classics and new compositions.

A Cal State LA press release describes it as "a passionate, sophisticated work that revels in its cultural tradition. Breezy flutes and bright trumpets, nimble and intricate percussion work and a sultry modern take on Leonard Bernstein's 'Maria' are just a few of the delights this joyful album packs."

"The goals were very high. I didn't accept second-rate anything," De Castro said of the album. "We had the best arrangements, great guest stars, and I put the pressure on the students."

The group began in 1999 as a Latin jazz ensemble, founded by students who sought the advice of De Castro, a Cal State LA alumnus and faculty member in the College of Arts and Letters.

As a scholar of Afro Latin music and a professional pianist, De Castro was an ideal faculty advisor for the fledgling Latin jazz ensemble. He incorporated traditional Caribbean rhythms, particularly those from Cuba, and invited vocalists to join the group.

Wearing signature guayabera shirts featuring the Cal State LA logo, the ensemble has played at venues such as the Autry Museum and Grand Park in downtown Los Angeles. In 2000, the 22-person ensemble performed in Cuba, and 10 years later, they played before an audience of 2,000 in China.