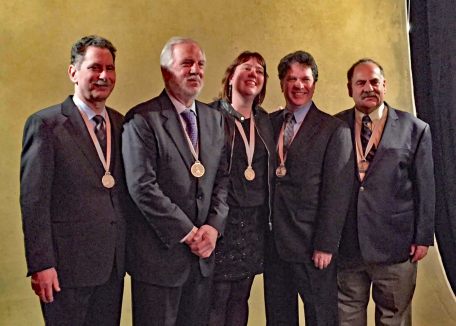 Monrovia Dentist, Michael Khanchalian (on the far right), was one of five Grammy nominees for Best Historical Album for his leadership in compiling a 400-page book with four hours of ancient and rare sound recordings called, "Waxing the Gospel: Mass Evangelism and the Phonograph, 1890-1900." The project took more than ten years and involved assembling gospel recordings from old wax cylinder recordings. He did not win, but said he was honored just to have their work recognized. Note: I know Mike and recall him telling me that his dental skills helped him figure out ways to repair broken wax cylinders. Cool how seemingly unrelated skills can cross over in some interesting ways.