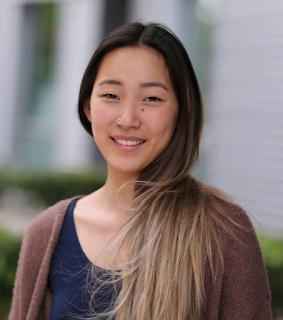 Twenty two-year-old Carly Lyman - who teaches music to children at The Dollmakers' Kattywompus in Monrovia - will graduate with honors this year from Cal State LA.

Lyman teaches piano, ukulele, guitar and voice lessons to children ages 6 to 9 years old and encourages them to explore different aspects of music.

A Dean's List student, Lyman is part of the Honors College at Cal State LA. She has been the vocal section captain for the 444s, the Cal State LA Commercial Music Ensemble, she sings background vocals in bands such as Dennis Alvarez and the Rumors and KIA, and lead vocals for Funkberry Preserve, performing in venues around Los Angeles.

Lyman spends hours crafting lyrics and melodies for her songs and often still feels shy performing in front of crowds. But at the same time, she loves to be onstage, to be present and connect with an audience.

After graduating, she plans to continue teaching music to the children at the toy and music store and writing songs to build up her catalog, so she can present her work to publishing companies.

Lyman credits the support of professors like Steve Wight and Ross Levinson for teaching her how to make music and become vulnerable onstage.