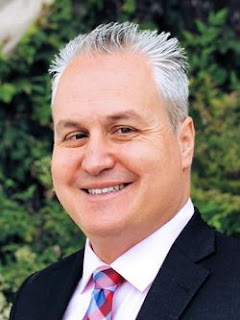 Citrus College has awarded former Monrovia High teacher Sal Medina the honorary title of Distinguished Alumni for 2019, one of two people to receive the honor.

Medina graduated from Citrus in 1995, went on to the University of La Verne where he earned his bachelor's degree in political science (1998) and master's degree in education (2000), then accpeted a position as a political science teacher at Monrovia High School, where he was known for his engaging style and ability to motivate students. In addition to teaching, he coached the girls' volleyball team and served as adviser to the Key Club.