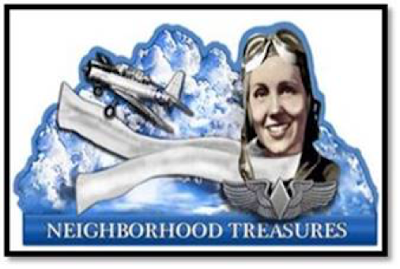 ~  Our underground water level has dropped to the lowest level ever recorded for the San Gabriel Basin - 171 feet. If the level falls below 165 feet at the Key Well, then 10% of all production wells in the Main San Gabriel Basin will fail, and water production output will decrease by 30%. The city is planning a new, deeper well and is planning how best to use water imported from Metropolitan Water District.

~ The intersection of Mayflower and Huntington is pretty confusing - northbound drivers can easily get trapped into going where they don't want to go, or as Chi puts it, "the current layout of the intersection does cause some confusion that could be mitigated with better design." So a better design is in the works.

~  Monrovia's third Neighborhood Treasure (Monrovia heros) will be Bettie Mae Scott, and a block party to commemorate her has been scheduled on Saturday, Nov. 17, 11 a.m. - 1 p.m., at the 500 block of West Maple Avenue (between Mayflower Avenue and Hwy Esplanade). Bettie Mae was born in 1921 and was the daughter of the Monrovia Police Chief, Frank Scott. She trained with the Women Airforce Service Pilots (WASP) as a ferry and test pilot. In July 1944, she was killed in Waco, Texas, while testing a repaired BT-13, two weeks before her 23rd birthday, and shortly before her planned wedding. On the day of her funeral many Monrovia businesses closed and the Police and Fire Departments escorted her body to Live Oak Cemetery.

~  There will be a study session at the Nov. 6, City Council meeting to consider several locations for a community garden. One possibility: the west end of Lucinda Garcia Park, but area residents already have a nopales cactus garden there. Another possibility, Mountainside Church, at 303  W. Colorado Blvd.  Mountainside is interested in a public gardening program on its property, and representatives from the church could help manage the garden.