City Statement on Hiring of Dylan Feik as City Manager 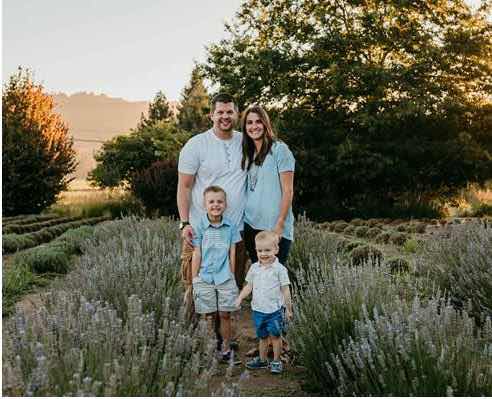 After engaging a thorough and extensive evaluation process, the City Council has identified Dylan Feik as their preferred candidate to serve as Monrovia’s next City Manager.  Mr. Feik’s formal appointment will be considered by the City Council at their regular meeting on Tuesday, October 1.

Most recently, Mr. Feik served as City Manager of Calistoga, located in California’s Napa Valley.  In addition, Mr. Feik has local government management experience working in the cities of Knoxville, Iowa, and Auburn, California.  He has had extensive exposure to a variety of local government related disciplines, with specific expertise in labor negotiations, public works operations, and overseeing capital improvement projects.  Mr. Feik has a Masters of Public Administration degree from the University of Kansas, and a Bachelor of Arts degree from Weber State University.

“We are confident in our selection of the next city manager of Monrovia,” said Mayor Tom Adams.  “Dylan brings a fresh outlook and unique set of experiences to the community, and we are looking forward to working with him.”

During the past eight weeks, the City Council was engaged in a rigorous city manager recruitment process that included multiple layers of candidate reviews.  Ultimately, the City had a strong candidate pool of around 30 individuals applying for the position, and Mr. Feik was selected after an extensive assessment that included a total of six separate panel interviews.

Feik and FamilyUnder the terms of the proposed city manager employment agreement, Mr. Feik is proposed to earn $210,000 per year, and he will receive a standard benefits package that includes health insurance, retirement program, and auto allowance provisions.  Furthermore, Mr. Feik will be provided with temporary rental housing assistance to facilitate a move to Monrovia.

“I am very excited to have the opportunity to be part of the Monrovia community,” said Mr. Feik.  “I’ve been so impressed by the City, which celebrates its history while simultaneously fostering an innovation culture to create a thriving municipality.  My family and I are looking forward to calling Monrovia home.”

Mr. Feik will be relocating to Monrovia with his wife, Kira, and three children, Gabe, Benson, and Eden. As a classic car enthusiast, Mr. Feik has been known to hand over the keys to his 1960s-era Ford Mustang and his 1970 Datsun 240z to colleagues to enjoy.

Monrovia is one of the few completely full-service cities in the San Gabriel Valley, with a staff of around 300 full-time employees.  Operating its own police, fire, library, and water utility system, overall City functions are organized into seven departments, including Police, Fire, Administrative Services, Community Development, Community Services, Public Works, and the City Manager’s Office.