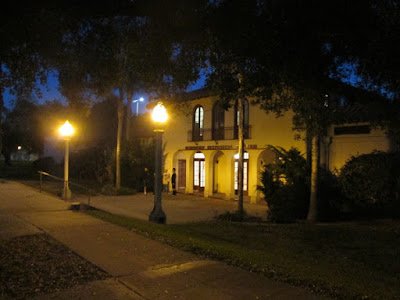 Celebrate "bringing Monrovia's history to life" at the Monrovia Historical Museum as the community celebrates the opening of the Museum 25 years ago. The event will take place on Sunday, Oct. 1, with an open house from 1 to 4 p.m., which will include tours of the Museum; and a recognition program at 2 p.m., to highlight the Museum's founding. The event is free and open to the public.

The Museum is located at 742 E. Lemon, Monrovia.

In 1986, three years after the closure of the Monrovia Municipal Plunge, the City of Monrovia celebrated its centennial anniversary.  As an outgrowth of this celebration, a group of residents established The Monrovia Historical Museum Foundation (MHM) and worked with the City to occupy the Municipal Plunge building with plans for an historic museum.  The MHM qualified for a $50,000 California State Grant that enabled the Foundation to renovate of the building, while retaining important architectural features of the original building.

The Museum has 8,000 square feet of indoor space includes displays that depict the founding of Monrovia and what life was like in the growing city, as well as a exhibits covering the local Native American groups, natural history, Monrovia's part through the World Wars and much more.

The Monrovia Historical Museum is a place for all people of all ages to experience history as both a spectator and as a participant in our goal of "bringing Monrovia's history to life".