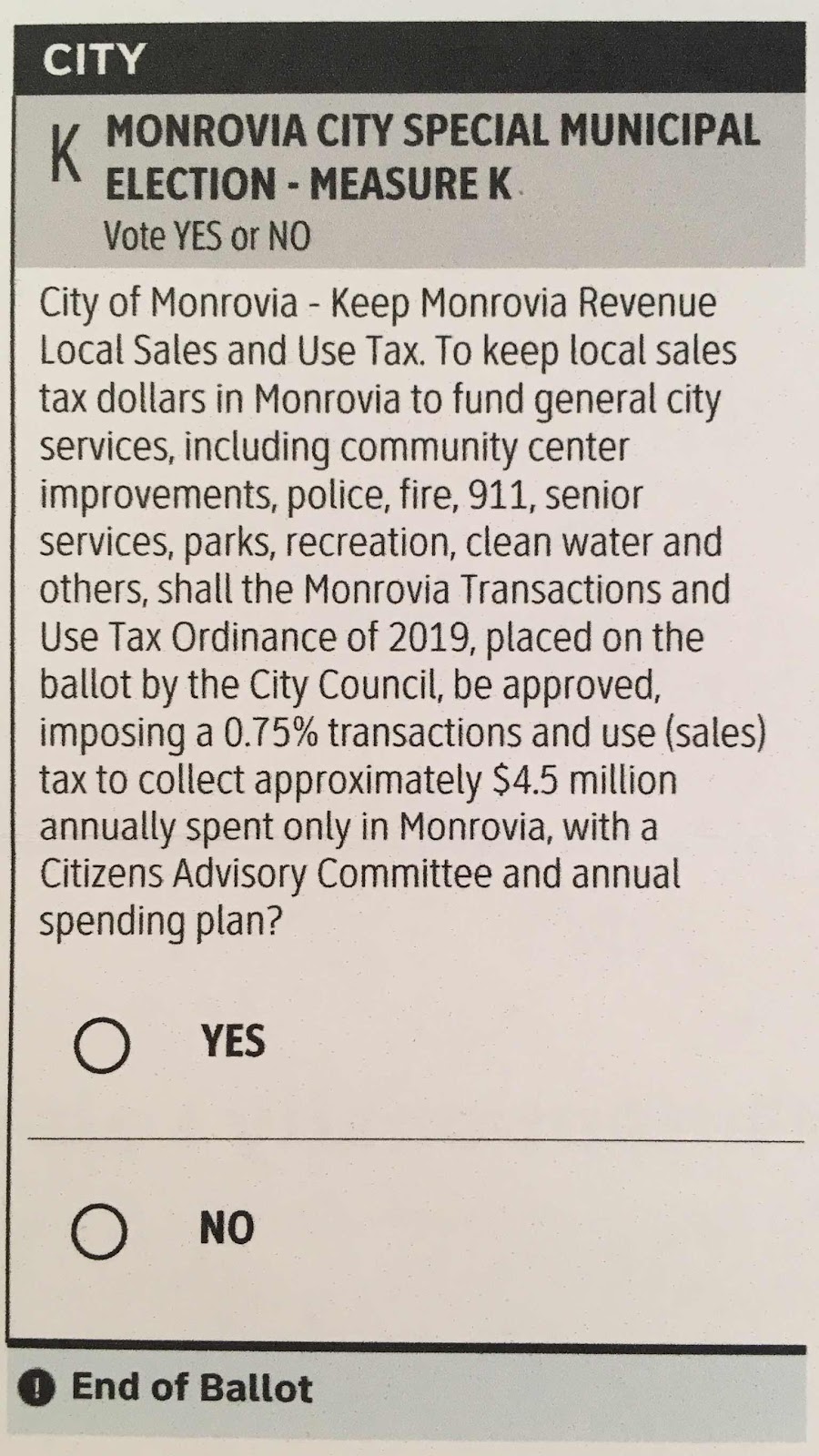 The City has created a video, here (https://is.gd/mxYf7o) explaining why Monrovians should vote for Measure K, which would raise Monrovia's sales tax from the current rate of 9.5 percent to the maximum legal rate of 10.25 percent.

In brief, the logic is this:

The maximum allowable sales tax under California law is 10.25 percent, and city officials are convinced that there will be more measures on the county ballot to raise sales tax.

However, if Monrovia raises its tax first, and raises it to the maximum permitted level, any new sales taxes approved by the county won't apply to Monrovia. We won't have to pay it because we're already paying the maximum, and we're paying it to the city, not the county, so we get to keep 100 percent.

While I don't think increasing taxes is generally a good thing for reasons I won't go into unless someone begs me, in this case I'm going to vote for this tax for the reasons the city has given.

However, for your own consideration I want to point out a few possible negatives that occur to me.

1. If there are no more county sales tax measures on the ballot then Monrovia would be left with a higher sales tax than cities that have not increased their sales tax.

That seems correct, but how likely is it? I'm inclined to agree that there will be more sales tax increases on the county ballot.

2. What is to prevent the state from raising the 10.25 percent sales tax limit?

Probably nothing, but if the state raises the sales tax limit I suppose Monrovia is still better off because this measure would still keep more Monrovia money in Monrovia.

3. Suppose we pass this measure but then benefit from some new county sales tax. Might the cities that end up paying the new tax file lawsuits claiming they are being unfairly burdened by having to raise money that is being distributed even to cities - such as Monrovia - that are not paying the tax?

I'm no legal expert but that seems possible, and I've no idea how the courts might rule.