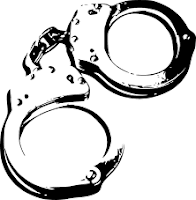 Grand Theft Auto / Stolen Vehicle Recovered
October 24 at 8:17 a.m., a resident in the 1700 block of S. Fifth called to report his vehicle had been stolen. The victim parked his vehicle in front of his residence in the evening and returned the following day to discover it missing. The vehicle is a gray, 1997 Honda Civic. Later that day at 2:26 p.m., an officer was on patrol near Fifth and Duarte when he saw the stolen vehicle in the street with the engine running. The vehicle was unoccupied. The officer recovered the vehicle and it was returned to the owner. The investigation is continuing.

Vehicle Burglary
October 24 at 8:09 a.m., a resident in the 600 block of Parker called police to report his vehicle had been burglarized. The victim’s vehicle was locked inside his open garage and someone pried the rubber around the window to gain entry. A pair of sunglasses was taken. Investigation continuing.

Grand Theft Auto
October 24 at 10:31 a.m., a vehicle was reported stolen from the 300 block of W. Duarte. The victim parked his vehicle in front of his residence at 5:00 a.m. and made sure it was locked. The vehicle is a blue, 1996 Honda Civic. The victim returned to his vehicle at 10:00 a.m., discovered his vehicle missing and called police. Investigation continuing.

Grand Theft Auto – Suspects Arrested
October 24 at 4:02 p.m., an employee from a business in the 100 block of W. Foothill called police to report a male and female for shoplifting. The female entered the passenger seat of a vehicle in the parking lot. The male exited the store and walked west through the parking lot. Officers arrived and observed the two subjects and the vehicle, but as they were arriving, the female moved into the driver's seat and drove away. A license plate check on the vehicle revealed the vehicle was reported stolen vehicle out of Pomona. Officers conducted a traffic stop on the vehicle and the female was arrested for driving a stolen vehicle. A computer check revealed the male subject had an outstanding warrant for his arrest and he was taken into custody. The vehicle was returned to its rightful owner.

Being in a Park After Closing Hours – Suspect Cited
October 24 at 10:43 p.m., officers were walking through Library Park in the 300 S. Myrtle after closing time when they came across a female subject. She said she knew of the posted park hour signs and knew she should not be there. She was issued a citation for being in the park after closing hours.

Warrants – Suspect Arrested
October 24 at 11:43 p.m., officers were patrolling the area of Alta Vista and Duarte when they saw a suspicious male subject loitering next to a home that was unoccupied. They stopped to talk to the subject and a computer check revealed he had five drug related warrants for his arrest. He was arrested and taken into custody.

Warrant / Possession of a Methamphetamine / Possession of Drug Paraphernalia – Suspect Arrested
October 25 at 2:17 a.m., officers were patrolling the 700 block of W. Huntington when they saw a suspicious male subject on a bicycle. During a consensual stop, it was discovered that the subject had a warrant for his arrest. He was arrested and taken into custody. During a search incident to arrest, he was found to be in possession of a pipe that had been used to smoke methamphetamine.

Public Intoxication – Suspect Arrested
October 25 at 2:49 a.m., an officer was extra patrolling Station Square in the 1600 block of S. Myrtle when he saw a female subject sitting on a bench with her head bobbing back and forth. He contacted the subject and found she was heavily intoxicated. The officer determined she was too intoxicated to care for her own safety and she was arrested and taken into custody. She was held for a sobering period.

Hit & Run Traffic Collision
October 25 at 3:29 a.m., a resident in the 100 block of W. Cypress reported a motorist had just collided into a parked car on their street and fled the scene. Officers responded to the area, but were unable to locate the suspect vehicle. This investigation is continuing.

Vehicle Vandalism / Warrant – Suspect Arrested
October 25 at 9:56 p.m., a resident in the 600 block of W. Palm reported she just saw a male subject throw a rock at her parked car, shattering the glass, then he fled the area. Officers responded and located the subject on Violet. After the victim positively identified the suspect, he was arrested for the vandalism. A computer check revealed he also had a warrant for his arrest.

Grand Theft Auto / Driving Under the Influence – Suspect Arrested
October 25 at 11:13 p.m., a Lyft driver called the police to report his vehicle had just been stolen in the 500 block of N. Canyon. The driver was transporting two subjects that were heavily intoxicated home to a Monrovia residence when they began touching his leg and making him uncomfortable. The driver stopped his car and exited the vehicle, then ordered the two subjects to get out, which they did. One of them then jumped into vehicle and drove away without permission. The other subject ran from the area.

An officer responded, located the vehicle and stopped it. After field sobriety tests were conducted, the suspect was arrested for DUI and grand theft auto. The vehicle was returned to the Lyft driver.

Public Intoxication – Suspect Arrested
October 26 at 10:49 a.m., a resident in the area of Huntington and California called to report a male adult walking into traffic. Officers arrived and located the subject. He displayed signs of intoxication. It was determined he was too intoxicated to care for himself or his own safety. He was arrested and held for a sobering period.

Wanted Person / Warrant / Trespassing / Assaulting Officers – Suspect Arrested
October 27 at 12:25 a.m., a sergeant was on patrol in the 1900 of S. Peck when he saw a known subject wanted by Arcadia Police Detectives to question as a possible suspect in a rape investigation. A computer check revealed he also had a warrant for his arrest and is on supervised parole for robbery. The subject refused to stop for the sergeant and fled the area.

Approximately ten minutes later, a female resident in the 100 block of E. Evergreen called to report a male subject entered her home through an unlocked door and was refusing to leave. He eventually left the residence and was located by officers on the roof of a home. The suspect was jumping from roof to roof on homes. The suspect fell as he attempted to jump across to another rooftop, causing injury to his ankle and side, but he climbed back up. The Foothill Air Support Team helicopter and additional officers from neighboring agencies responded to assist. The suspect ignored officers telling him to get down, but eventually jumped off one roof and was grabbed by an officer. He fought and kicked the officer several times, but was eventually taken into custody.

Vandalism / Possession of a Controlled Substance / Possession of Drug Paraphernalia – Suspect Arrested
October 28 at 2:18 a.m., an officer was patrolling the 800 block of E. Olive when he saw a suspicious vehicle parked in the parking lot of Recreation Park. He contacted the occupant and saw her hands had fresh green paint on them. He searched the area and discovered recent Halloween graffiti in green paint. The suspect admitted to the vandalism. The officer obtained consent to search her vehicle and discovered methamphetamine and a pipe for smoking methamphetamine. The subject was arrested and taken into custody.

No-bail Warrant / Fraud / Possession of Controlled Substance – Suspects Arrested
October 29 at 7:43 p.m., an officer observed a vehicle commit a traffic violation and he conducted a traffic stop. Investigation revealed the front passenger had a no-bail warrant and was in possession of a controlled substance. A search of the vehicle revealed hundreds of copies of driver's licenses/identification cards and credit card information pertaining to other persons. The passenger was arrested for the warrant and being in possession of a controlled substance. The driver was arrested for identity theft.

Receiving Stolen Property / Possession of a Controlled Substance – Suspects Arrested
October 30 at 2:21 a.m., a resident in the 700 block of W. Lemon called to report a suspicious vehicle driving in the area. Officers responded and eventually located the vehicle in the 800 block of W. Olive, traveling very slowly. The officer conducted a traffic stop on the vehicle. There were four occupants in the vehicle. The investigation revealed the front passenger was in possession of a controlled substance. A search of the vehicle revealed property belonging to a residence nearby. All four subjects were arrested for receiving stolen property and one was also arrested for possession of a controlled substance.

Petty Theft
October 30 at 12:02 p.m., a victim called to report her vehicle was broken into at Canyon Park while she was hiking. The victim and her friend put their purses in the trunk and went for a hike. When they came back, they drove down to a coffee shop and found their purses were missing when they went to retrieve them. The officer looked at the vehicle and did not see any signs of forced entry. The investigation is continuing.