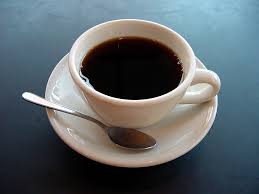 Hit & Run Traffic Collision
October 10 at 4:09 p.m., a caller reported a traffic collision at the intersection of Fifth and Huntington. An officer arrived on scene and conducted an investigation. One of the drivers fled the scene on foot. A witness was able to identify the driver who fled. The investigation is continuing.

Rollover Non-Injury Traffic Collision
October 11 at 6:19 a.m., a rollover traffic collision involving a single vehicle was reported at Fifth and Huntington. Officers responded and located the vehicle, but the driver was not inside. Officers checked the area and found the driver walking away from the scene. He admitted to being the driver of the vehicle, but he left the scene because his license was suspended. He said he spilled hot coffee on himself and jerked the steering wheel, causing the vehicle to hit the center divider. The appropriate action was taken against the driver.

Fraudulent DMV Registration Tabs – Suspect Arrested
October 11 at 9:54 p.m., an officer was patrolling the 100 block of W. Pomona when he located an illegally parked vehicle occupied by one male subject. The vehicle had homemade DMV registration tabs attached to the license plate. The owner admitted to affixing the false tabs to the plate. He was arrested and later released with a citation.

Wanted Person / Weapon Offense – Suspect Arrested
October 12 at 12:34 a.m., a caller reported a suspicious vehicle parked in the 200 block of Kruse that was occupied by a male and female subject. Officers arrived and contacted the occupants. A computer check revealed the male subject was wanted by Los Angeles County Probation. He was also in possession of a dagger, which is a dangerous prohibited weapon in California. He was arrested and taken into custody.

Public Intoxication – Suspect Arrested
October 12 at 2:32 a.m., an officer was on patrol in the 1200 block of S. Myrtle when he saw a male subject stumbling in the street. He stopped the subject and found he was heavily intoxicated and unable to care for his own safety. He was arrested and held for a sobering period.

Theft of Mail/Packages – Suspect Arrested
October 12 at 4:52 p.m., a caller reported a female subject wearing a green hoodie that stole packages from a residence in the 100 block of W. Colorado. The witness contacted the owner, who confirmed the packages were stolen. Officers arrived and detained a female matching the description and the property was recovered. The suspect was positively identified. She was arrested and taken into custody.

Shoplifting – Suspect Arrested
October 12 at 8:53 p.m., an employee from a business in the 500 block of W. Huntington called police to report a female subject that concealed clothing items inside her purse and exited without paying for them. Officers arrived and located the female as she was leaving. The employee placed the female under private person’s arrest. The subject was arrested for shoplifting.

Public Intoxication – Suspect Arrested
October 12 at 10:30 p.m., officers were dispatched to a business in the 900 block of E. Huntington regarding an intoxicated subject inside. Officers arrived and located the subject. The subject was too intoxicated to care for himself and he was arrested for public intoxication. He was held for a sobering period.

Driving Under the Influence / Traffic Collision – Suspect Arrested
October 12 at 11:36 p.m., multiple witnesses reported a hit and run traffic collision at the intersection of Greystone and Canyon. The suspect vehicle fled the scene of the collision. Officers arrived and located the vehicle at Greystone and Myrtle, which had damage and was still occupied by the driver. The driver displayed symptoms of intoxication. After field sobriety tests were conducted, the driver was arrested for DUI and held for a sobering period.

Driving Under the Influence – Suspect Arrested
October 13 at 7:22 p.m., a caller reported a male and female subject yelling at one another in the street at Hillcrest and Stedman. Officers responded and found the female had driven away and the male subject stayed behind. While officers were still in the area, the female subject returned. She was found to be heavily intoxicated while driving. After field sobriety tests were conducted, she was arrested for DUI. She was taken into custody and held for a sobering period.

Illegal Indoor Marijuana Cultivation for Sales
October 13 at 9:30 p.m., a caller reported seeing an open door to a building in the 300 block of W. Chestnut. Officers responded and found a large, multi-room marijuana grow and processing center with all stages of growth and processing. The Fire Department, building inspector, and detectives responded. The building was red-tagged due to illegal and dangerous unpermitted wiring and watering systems indoors. This investigation is continuing.

Grand Theft Auto / Stolen Vehicle Recovered – Suspect Arrested
October 14 at 10:05 a.m., an officer was patrolling the 700 block of W. Huntington when he saw a suspicious vehicle. A check on the license plate revealed it was reported stolen out of San Jose. There was a male subject sleeping in the vehicle. The subject was detained and an investigation was conducted. The occupant was the suspect listed on the original stolen vehicle report. The suspect was arrested and the vehicle was recovered.

Shoplifting – Suspect Arrested
October 14 at 10:08 a.m., an employee from a business in the 1600 block of S. Mountain called to report a subject who was in the store concealing merchandise. As he exited the business, a loss prevention employee stopped him. Officers arrived and accepted a private person’s arrest on behalf of the loss prevention employee. The suspect was arrested and taken into custody.

Residential Burglary
October 14 at 11:37 a.m., a resident in the 100 block of James Town called to report their home had been burglarized. Officers arrived and checked the interior of the residence. The master bedroom exit door was shattered. The home was ransacked and items were missing. The investigation is continuing.

Injury Traffic Collision
October 15 at 2:31 p.m., a witness called to report an injury traffic collision at the intersection of California and Evergreen. One motorist failed to stop at a red light and collided into another motorist. One of the parties had a complaint of pain and was treated by Monrovia paramedics at the scene. The driver at fault was issued a citation.

Domestic Violence – Suspect Arrested
October 15 at 5:12 p.m., a caller reported a male and female subject arguing in the 1800 block of Encino. Officers arrived and located the two subjects outside a residence. The investigation revealed they are in a dating relationship and live together. The female complained of pain to hear neck and head. She was treated at the scene by Monrovia paramedics. Officers determined the male was the aggressor and he was arrested for domestic violence and false imprisonment.

Injury Traffic Collision
October 16 at 11:40 a.m., a caller reported an injury traffic collision at the intersection of Myrtle and Walnut. Officers arrived and saw a vehicle that had driven into an open trench, but just the front tires were in the trench. The driver was still in the vehicle and he complained of pain to his knees. Monrovia Fire Department personnel arrived and were able to get the driver out of the vehicle. He was treated at the scene for his injuries. The vehicle was removed from the trench.

Domestic Violence – Suspect Arrested
October 16 at 9:25 p.m., a caller reported a couple arguing inside a residence in the 300 block of Prospect. During a verbal altercation, the girlfriend tore the boyfriend's t-shirt and as she did, she scratched his back. The boyfriend sustained lacerations to his back. He was medically treated at the scene. The girlfriend was arrested for domestic violence and taken into custody.