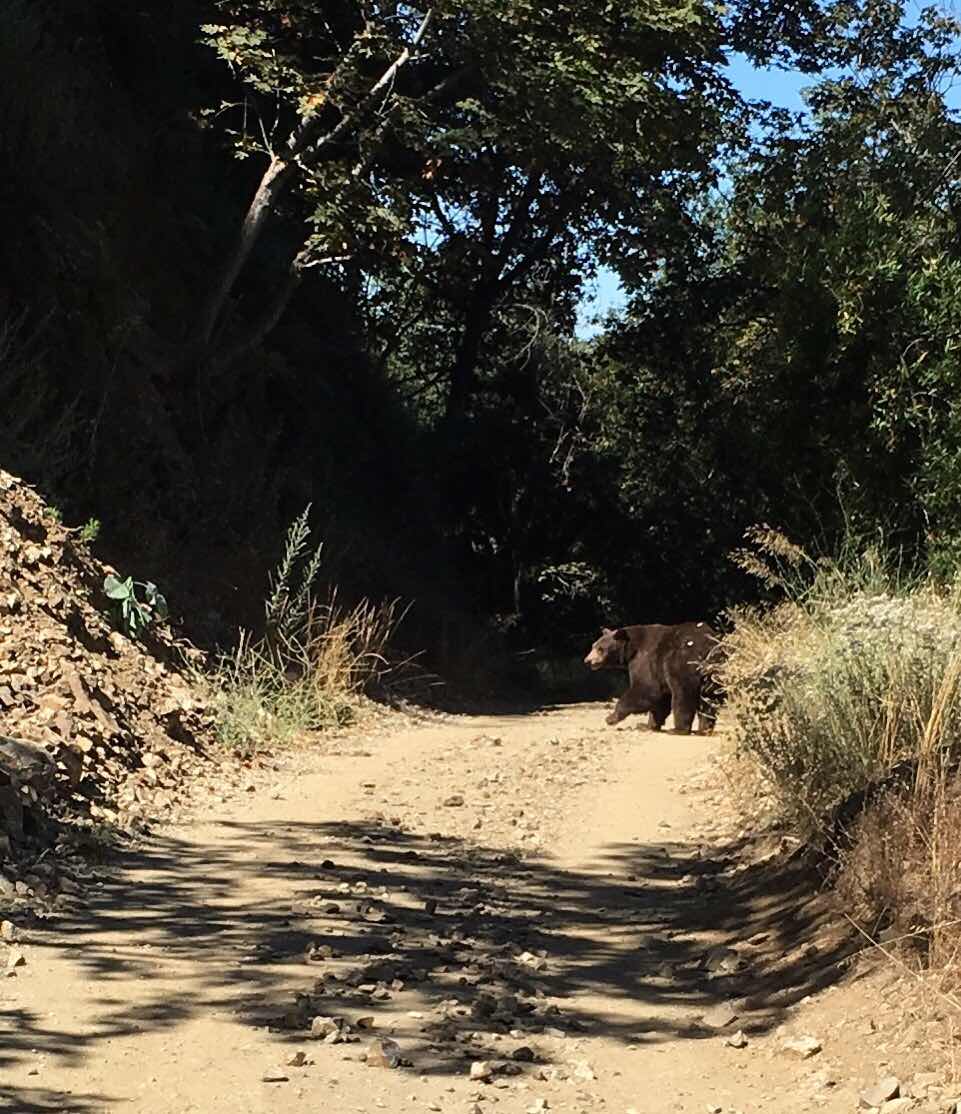 Today a friend and I were riding our bikes down the fire road from White Saddle, above Monrovia, when we encountered a slow-moving bear walking the same direction we were going.

He (or she) was not at all impressed by us, unlike other bears I’ve encountered, who scoot off the road as soon as they see me.

He just casually lumbered down the road ahead of us, stopping occasionally to scratch himself, rub his back and scratch his claws on an old telephone pole, nose around under a log, and nibble on some weeds.

Slowed us down for about 10 minutes.

Isn’t holding up traffic a ticketable offense? Where’s a cop when you need one?

And, no, I don’t need to be tolerant because we humans are encroaching on the bears’ territory. We were here first. Our bears were imported from Yellowstone, so I still think he deserves a ticket!