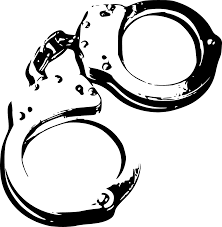 Petty Theft From Vehicle
August 1 at 3:09 p.m., a resident in the 1000 block of Berry walked outside her home and discovered someone had entered and ransacked her vehicle. The vehicle had been left unlocked and miscellaneous items were taken. This investigation is continuing.

Petty Theft From Vehicle
August 1 at 3:30 p.m., a petty theft incident was reported at a business parking lot in the 1600 block of S. Mountain. When the victim finished shopping and returned to his vehicle, he found it had been ransacked. He could not remember if he locked his vehicle. There were no signs of forced entry and miscellaneous items had been taken. This investigation is continuing.

Grand Theft Auto
August 1 at 5:58 p.m., a resident in the 300 block of W. Walnut called to report his motorcycle had been stolen from the alley sometime in the last two days. The investigation is continuing.

Driving Under the Influence – Suspect Arrested
August 2 at 12:21 a.m., officers were on patrol in the area of Myrtle and Longden when they witnessed a vehicle drive over the center divider, and then continued on at a high rate of speed. A traffic stop was conducted and the driver was displaying signs of being under the influence of alcohol. Field sobriety tests were conducted and the driver was arrested for DUI.

Grand Theft Auto – Vehicle Located
August 2 at 8:17 a.m., a resident in the 200 block of Canyon Crest walked outside his home and discovered someone had stolen his vehicle sometime during the night. His vehicle had been parked on the street in front of his house. Officers arrived and had the vehicle entered into the DMV stolen vehicle system. Shortly thereafter, it was located unoccupied by the Pasadena Police Department and returned to the owner.

Vehicle Tampering
August 2 at 1:53 p.m., a resident in the 200 block of Canyon Crest walked outside her home and found someone had entered her car sometime overnight and ransacked her vehicle, but she did not notice anything missing. She had left her vehicle unlocked. This investigation is continuing.

Grand Theft
August 3 at 12:39 p.m., a grand theft was reported at a business in the 700 block of W. Huntington. While the victim was shopping in the store, an unknown suspect took her wallet and cellphone from her purse. The wallet contained cash and credit cards. This investigation is continuing.

Shoplifting – Suspect Arrested
August 3 at 10:09 p.m., an employee from a business in the 500 block of W. Huntington called to report he had detained a shoplifter and requested a private person’s arrest. Officers responded and conducted an investigation. The private persons arrest was accepted and the subject was taken into custody for shoplifting.

Public Intoxication – Suspect Arrested
August 3 at 11:55 p.m., an officer was dispatched to the area of Foothill and Mayflower regarding an intoxicated person causing a disturbance in the area. The subject was located and detained. He was found to be too intoxicated to care for himself and was arrested for being drunk in public. He was held for a sobering period.

Public Intoxication
August 4 at 3:57 a.m., an officer was dispatched to the 600 block of S. Myrtle regarding an intoxicated person in the area. The subject was located and detained. It was determined the subject was too intoxicated to care for himself. He was arrested and held for a sobering period.

Grand Theft
August 4 at 3:37 p.m., a grand theft was reported at a business in the 600 block of W. Huntington. An employee called to report four male Black subjects wearing hooded sweatshirts entered the location and separated upon entry. They each approached display stands, cut the security cables and fled with multiple phones. They were last seen heading south on Monterey in a silver, 2000's, Lexis sedan. Officers responded but were not able to locate the vehicle. The investigation is continuing.

Warrant – Suspect Arrested
August 5 at 12:56 a.m., an officer was on patrol in the 500 block of Norumbega when he saw a motorist commit a driving violation. He stopped the vehicle and discovered the driver had an outstanding warrant for her arrest. She was arrested and taken into custody.

Injury Traffic Collision
August 5 at 11:20 a.m., a traffic collision was reported at the intersection of Duarte and Mayflower. One of the drivers failed to yield the right of way to the other vehicle, causing the collision. One of the drivers complained of back pain, but refused medical treatment.

Commercial Burglary
August 5 at 11:33 a.m., a commercial burglary was reported at a business in the 400 block of W. Chestnut. The business is under construction and over the weekend, unknown suspects forced entry into the building and stole tools, equipment and copper wire. The investigation is continuing.

Vehicle Burglary
August 5 at 12:34 p.m., a resident in the 600 block of N. Canyon called police to report her vehicle had been burglarized. The victim parked her vehicle in the street in front of her residence. When she returned to her vehicle, she found a window had been smashed and her purse, which she had left in the vehicle, had been stolen. There is no suspect information at this time. Investigation continuing.

False Bomb Threat
August 6 at 4:32 p.m., an employee from a business in the 900 block of S. Mountain called to report he received an email regarding a bomb threat to the business if Bitcoin was not exchanged. The investigation revealed the email was a scam. This investigation is continuing.

Warrant / Possession of Drug Paraphernalia – Suspect Arrested
August 6 at 7:16 p.m., officers responded to the intersection of Foothill and Melrose regarding a group of subjects drinking beer on the corner. Officers arrived and detained several subjects matching the description. A computer check revealed one of the subjects had an outstanding warrant, and he was also found to be in possession of drug paraphernalia. The subject was arrested and taken into custody.

Threatening / Warrant – Suspect Arrested
August 7 at 8:45 a.m., two separate subjects called police to report a male subject had threatened them at a business in the 100 block of W. Duarte. The suspect frequents the business. The victims reported he threatened their lives and they were fearful of him. Officers conducted an investigation and identified the suspect, who also had a warrant for his arrest. He was located and arrested later in the day without incident.

Theft
August 7 at 8:47 a.m., a resident in the 300 block of S. Mountain reported the tailgate to his Toyota Tacoma was stolen sometime during the night. This investigation is continuing.

Warrant – Suspect Arrested
August 7 at 10:56 a.m., officers on patrol in the 600 block of E. Greystone saw a vehicle parked in violation of a vehicle code. Officers attempted to contact the registered owner to have her move her vehicle and discovered she had multiple warrants for her arrest. She was arrested for the warrants.

Theft
August 7 at 12:35 p.m., a theft incident was reported in the 200 block of W. Maple. The victim reported his catalytic converter was stolen from parked vehicle. This investigation is continuing.

Theft
August 7 at 7:59 p.m., a female subject called police to report her vehicle had been ransacked and her purse, which she left in the vehicle, had been stolen. The victim parked her vehicle in the 700 block of S. Shamrock. She had left the vehicle unlocked. This investigation is continuing.

Theft – Suspect Arrested
August 7 at 11:45 p.m., officers responded to the 3000 block of S. Peck regarding a subject possibly stealing automotive parts. After a search of the area, officers located the subject, who was found to be in possession of stolen property. The subject was arrested and taken into custody.