Monrovian Thanks Neighbors for Saving Her Life 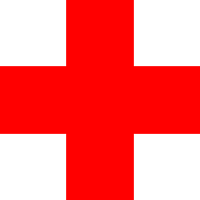 Monrovian Jenny Polizzi posted on the social media site, Nextdoor, that her neighbors saved her life. She writes ...

"I had a stroke as the result of a fall two weeks ago on Monday July 29th around 10 am. I am home recovering now. It was a miracle that I was in the exact right place at the exact right time. That our neighbors were out for a walk. That someone on the ambulance decided to take me Huntington Hospital.

"I owe my life to 2 neighbors, a woman and a man around 10am on N Myrtle. I was out walking my 2 dogs Jack and Flora. They passed us and we said hi. I think I saw a young man with a dog. Next thing I remember I was lying on my back on the sidewalk bleeding. I heard someone say 911. I saw the woman talking to me but I didn't understand what you were saying. I had my Apple watch on and was able to tell Siri call my daughter and then she was there. I don't really remember much. I am forever grateful to you both. So are my daughters, son and my grandchildren. You saved my life.

I do remember that when I was in the ambulance that I was talking but they didn't understand what I was saying. They called a Stroke Code at the Huntington trauma center. They gave me 'the shot' TPA. It immediately broke up the clot and almost entirely reversed the stroke. There is only a 2-3 hour Golden hours that you can get the shot to stop a stroke.

"I am forever grateful to you both. So are my daughters, son and my grandchildren. You saved my life."