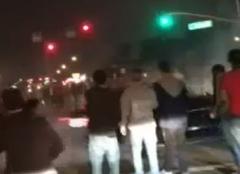 Over the coming days, the Task Force will be deploying resources to monitor events associated with the anniversary of the death of Paul Walker. We encourage anyone attending memorial events to participate in a lawful manner. Any unlawful activity will result in zero-tolerance enforcement. This includes enforcement in public parking lots such as shopping or business lots.