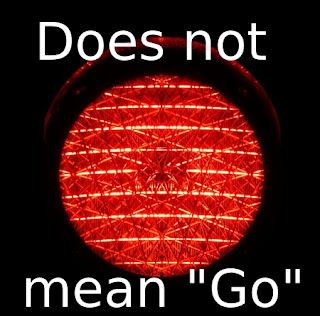 Public Intoxication / Warrant – Suspect Arrested
November 27 at 12:05 a.m., officers responded to a residence in the 500 block of Almond regarding a family disturbance. An investigation revealed one of the involved subjects had multiple warrants for his arrest and was heavily intoxicated. The suspect was arrested and held for a sobering period.

Residential Burglary
November 27 at 3:09 p.m., a resident in the 700 block of E. Greystone arrived home and noticed items were missing from the home. Officers arrived and conducted an investigation. There was no sign of forced entry and it was determined the location might have been left unlocked. This investigation is continuing.

Theft
November 27 at 5:41 p.m., a theft of a package was reported in the 500 block of W. Maple. The caller reported a package was taken from the front porch of his neighbor’s residence ten minutes prior. Officers responded and conducted a check of the area, but the subject was not located. This investigation is continuing.

Injury Traffic Collision
November 27 at 7:03 p.m., two vehicles traveling near the intersection of Foothill and Canyon collided into each other. Both parties complained of pain and were treated by paramedics from the Monrovia Fire Department. Officers conducted an investigation and the party at fault was issued a citation for failing to stop at a red light.

Theft / Warrant – Suspects Arrested
November 28 at 4:27 a.m., officers responded to the 600 block of W. Duarte regarding a possible burglary in progress. Two suspects were detained at a nearby location. The investigation revealed one of the suspects stole a catalytic converter from a vehicle. He was arrested for grand theft. The second suspect was arrested on an outstanding warrant.

Non-Injury Traffic Collision
November 28 at 1:37 p.m., officers responded to the intersection of Huntington and Magnolia regarding two vehicles that collided. A vehicle was driving north on Magnolia and entered the intersection on a red light. The vehicle collided with another vehicle driving east on Huntington and slid into the traffic signal, knocking the light pole over. Public works responded to repair the light pole. There were no injuries.

Vandalism
November 28 at 8:19 p.m., a resident in the 400 block of W. Lime reported his brother had just arrived at the home, shattered the car window on his vehicle, and then fled the area. Officers searched for the suspect, but were unable to locate him. The investigation into this family dispute is continuing.

Restraining Order Violation – Suspect Arrested
November 29 at 12:35 a.m., a resident in the 700 block of Mountain View reported her ex-boyfriend was at her house banging on the front door. She told the officers she had an active domestic violence restraining order which prohibited him from being within 100 yards of her home. Officers arrived and apprehended the subject as he attempted to drive away. After the order was confirmed, he was arrested and taken into custody.

Warrant / Possession of a Controlled Substance for Sale / Possession of Drug Paraphernalia – Suspects Arrested
November 29 at 2:45 a.m., an officer was on patrol in the 900 block of W. Huntington, when he initiated a traffic stop on a vehicle for a vehicle code violation. An investigation revealed the passenger was wanted out of Texas for narcotics sales. The driver had a suspended license and a warrant for possession of a controlled substance. The driver was taken into custody and, during a search incident to arrest, was found to be in possession of heroin, a scale, cash, and small baggies. Both suspects were arrested and taken into custody.

Theft / Warrants – Suspect Arrested
November 29 at 1:27 p.m., a resident in the 400 block of E. Colorado called to report a package stolen from her porch. The victim left a present on her porch for a friend and discovered it was taken when she received a Ring activation message on her phone. When she reviewed her Ring video, it showed a male adult suspect taking the present. Officers conducted an area check and saw the suspect from the Ring video, still holding the package. Officers detained the suspect, and further investigation revealed he had several warrants for his arrest. The suspect was arrested and taken into custody.

Hit and Run Traffic Collision / Driving Under the Influence – Suspect Arrested
November 29 at 6:41 p.m., a motorist reported another driver just collided into her vehicle at Foothill and Shamrock, then fled the scene without stopping. A witness who saw the collision provided the suspect's license plate, which led officers to his residence. His vehicle was located and had matching collision damage. The suspect was contacted in his apartment and was found to be heavily intoxicated. He was positively identified by the victim, and after refusing all tests, he was arrested and taken into custody.

Theft
November 29 at 7:13 p.m., a theft was reported in the 400 block of S. Violet. The resident reported she heard something hit her house window, and when she looked outside, she discovered her car door was open. No one was around the vehicle, but the inside had been ransacked and items were missing. Officers arrived and searched the area for possible suspects, but did not locate anyone. This investigation is continuing.

Public Intoxication – Suspect Arrested
November 29 at 8:21 p.m., a male and female subject were reported yelling at one another next to an apartment complex in the 100 block of Montana. Officers arrived and contacted the two subjects near the street. The male subject was heavily intoxicated and was too drunk to care for himself or his own safety. He was arrested and held for a sobering period.

Driving Under the Influence – Suspect Arrested
November 30 at 12:12 a.m., an officer was patrolling the 1500 block of S. Myrtle, when he saw a vehicle stopped in a no parking zone occupied by a male driver. The officer contacted the driver, who appeared to be intoxicated. Field sobriety tests were conducted and the driver was arrested for DUI. He was held for a sobering period.

Injury Traffic Collision
November 30 at 8:46 p.m., a traffic collision was reported at the intersection of Lime and Heliotrope. The two motorists exchanged information and one driver left the scene prior to police being called. The caller discovered the other party’s insurance had expired, and he was suffering from back and neck pain. Officers responded with paramedics from the Monrovia Fire Department, but the caller refused medical assistance.

Driving Under the Influence / Warrants – Suspects Arrested
December 1 at 1:32 a.m., an officer observed a motorist traveling on the wrong side of the road in the 100 block of W. Foothill. He stopped the vehicle, which was occupied by several subjects, and the driver was found to be heavily intoxicated. Field sobriety tests were conducted and he was arrested for DUI. Further investigation revealed he also had a warrant for driving on a suspended license. A passenger in the vehicle was found to have an outstanding warrant and was also arrested.

Possession of Drug Paraphernalia / Warrants – Suspect Arrested
December 1 at 1:43 a.m., an officer was patrolling the 1800 block of S. Myrtle, when he saw a bicyclist commit a vehicle code violation. He stopped the subject, who was found to be in possession of drug paraphernalia. An investigation revealed he also had multiple outstanding warrants for his arrest. The suspect was arrested and taken into custody.

Felony Driving Under the Influence – Suspect Arrested
December 2 at 3:13 a.m., a male subject was reported slumped over in his vehicle, which was stopped in the intersection of Monterey and Huntington with the engine running. Officers responded and found the driver heavily intoxicated. After field sobriety tests were conducted, he was arrested for DUI. During the booking process, the suspect was found to have three prior convictions for DUI, so he was charged with felony DUI.

Injury Traffic Collision
December 2 at 3:45 p.m., a bicyclist was traveling south across Huntington from Shamrock when he was struck by a vehicle turning east onto Huntington from northbound Shamrock. Officers responded with paramedics from the Monrovia Fire Department. The bicyclist suffered pain and redness to his leg and was transported to a hospital for further treatment.

Warrant – Suspect Arrested
December 2 at 8:40 p.m., officers responded the intersection of Duarte and Encino regarding the report of a suspicious vehicle with a subject inside. Officers arrived and contacted the subject. An investigation revealed he had an outstanding warrant for his arrest. He was arrested for the warrant and taken into custody.

Grand Theft Auto
December 3 at 6:30 a.m., a vehicle was reported stolen from the 300 block of W. Olive. The victim called police to report his truck was missing. Officers responded and checked the area, but were unable to locate the vehicle. This investigation is continuing.

Theft
December 3 at 9:16 a.m., a theft was reported in the 600 block of S. Mountain. The victim called police to report the catalytic converter had been stolen from his work truck. Officers responded and conducted an investigation. This investigation is continuing.

Battery – Suspect Arrested
December 3 at 3:44 p.m., officers responded to a business in the 400 block of W. Foothill regarding a disturbance. The victim called police to report he had just been slapped by a male subject. Officers checked the area and located a subject matching the given description. He was contacted and after further investigation, the suspect was arrested for battery and taken into custody.

Fraud
December 3 at 6:21 p.m., a victim in the 300 block of W. Huntington advised she tried to cash a check at the location, but was told the check had already been cashed fraudulently. Officers arrived and conducted an investigation. The investigation is continuing.

Warrant – Suspect Arrested
December 4 at 8:16 a.m., a caller reported a suspicious male loitering in the 100 block of E. Colorado. Officers arrived and recognized the subject from past encounters. An investigation revealed the subject had an outstanding warrant for his arrest. He was arrested for the warrant and taken into custody.

Injury Traffic Collision
December 4 at 6:43 p.m., two vehicles collided into each other at the intersection of Huntington and Mayflower. One of the involved parties complained of pain. Officers responded with paramedics from the Monrovia Fire Department. An investigation was completed and the responsible party was cited for unsafe speed.