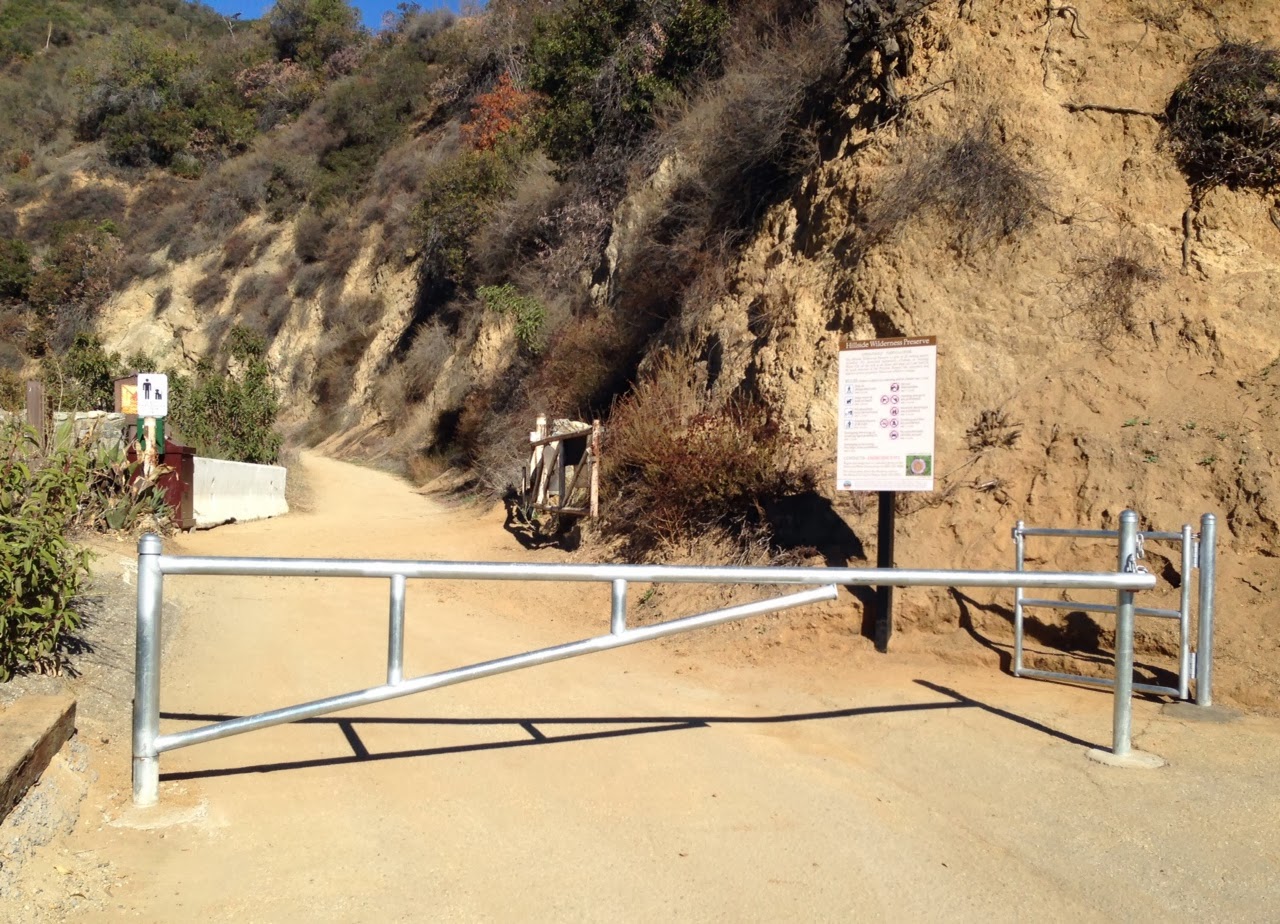 Monrovia's Lower Clamshell road, a great hiking trail, unofficially used for years by hikers and bikers, has been officially opened by the city. A new double-gate has been installed, one for vehicles (which is closed) and one for pedestrians (which is now open). The trail is part of the city's Hillside Wilderness Preserve.

The trail goes uphill at a gentle pace, then downhill for a long ways. The problem is that the gate at the bottom, at Cloverleaf Drive, is shut, which technically means that you'd have to hike all the way back to get out. But even so, the hike to the top is a nice outing.

To get there, take Canyon Blvd. north from Foothill. It runs right into Oakglade Drive. Keep on Oakglade until the top, where it makes a hairpin turn and becomes Ridgeside Drive. Park before you come to what looks like the first driveway on the right. It looks like a driveway and there is no sign indicating it is the entryway to the trail. Here it is: 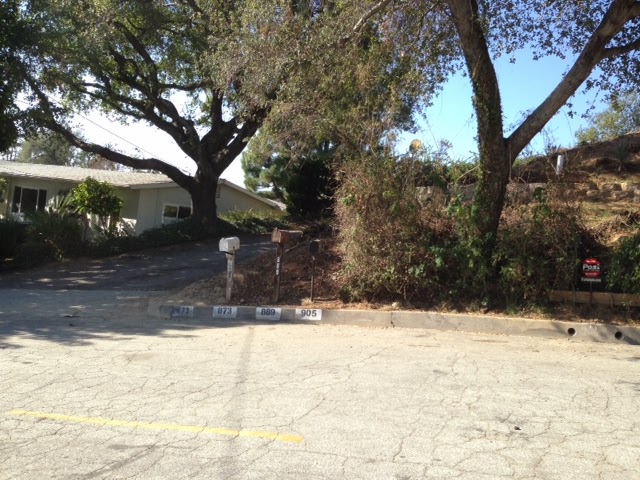 The entry point on Ridgeside Drive. There is no sign.

And here is a map to this entry point to the Hillside Wilderness Preserve, and to others: http://goo.gl/PNzQYT