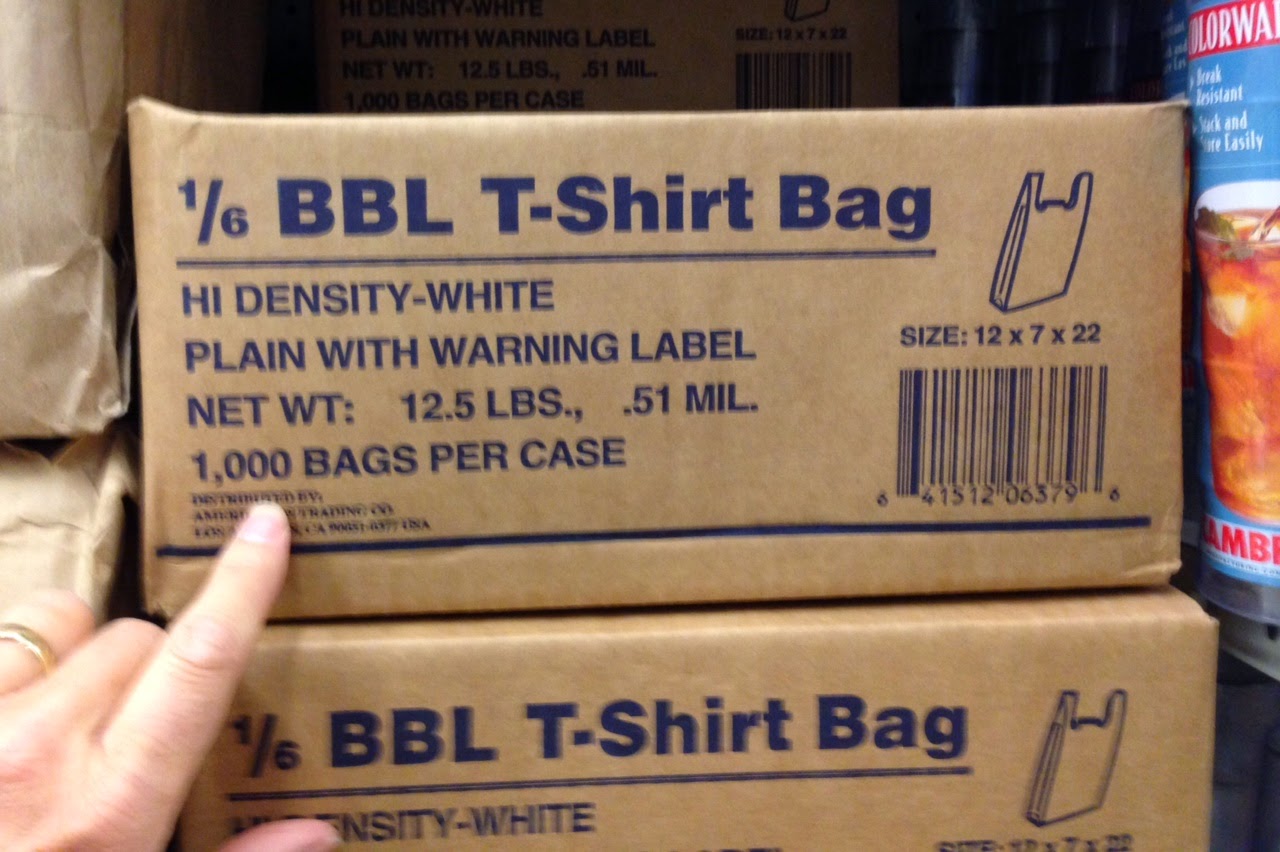 A 12-year supply of plastic bags.

A few observations about discussion at the City Council meeting the other night about banning plastic carry-out grocery bags. As always, I know people have different views on this topic, so please feel free to tell me I'm an idiot in the Comments section below.

1. One speaker said the average number of plastic bags used is 83 per person per year, as if that was shocking. Okay, assuming that is true, this little package of 1,000 shopping bags (available at Smart & Final, where I took this picture) represents a 12-year supply. I wish all our trash was so compact.

2. Chris Shevlin, who was on the ad hoc committee considering banning the bags, asked where the banning stops. What, he asked, are we going to ban next? Then, as if to prove his point, several speakers in favor of the ban said that the ban will not solve everything, but it is a start.

4. There was an approving reference or two to Pasadena and its plastic bag ban. For me, "Let's be more like Pasadena" is not a good argument. My wife and I moved here from Pasadena because we prefer Monrovia to Pasadena. My wife, incidentally, does volunteer work in Pasadena, and she and another woman were going through a cabinet trying to locate something and came upon a wad of plastic carry-out bags. "Oh!" the other woman said, "Can I have those? I live in Pasadena and we can't get them."

5. One speaker in favor of the ban said that there are lots of nice products for sale for picking up dog waste. So... forcing people to buy plastic bags to replace free plastic bags is less polluting?

6. A couple speakers said people simply need to be "trained," or to "train themselves" to use reusable bags. Not a big selling point for me as I'm not wild about being "trained" by my government.