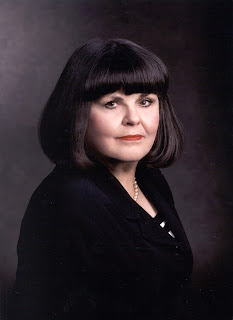 By Mrs. Joanne Montgomery, Board Member Citrus Community College District Board of Trustees

College success and the completion of academic goals are the most important focus of an institution of higher learning. This is true for students, their families, the taxpayers, and the businesses and industries that will need highly skilled, well-educated workers, ready to take on the challenges of the 21 st century workplace.

As Monrovia’s representative on the Citrus College Board of Trustees for the past 18 years, I am continually delighted by the college’s ability to set new institutional records and fulfill its commitment to be a “College of Completion.”

The 2015-2016 academic year has been a stellar year for Citrus College. This past fall, Citrus College was one of two community colleges in California to be recognized with the Student Success Award by the California Community Colleges Chancellor’s Office. The award validates college programs that support students as they achieve their higher education goals.

Citrus College was recognized among the nation’s top 100 community colleges for awarding degrees by the publication Community College Week. Citrus College was also ranked 12th in the United States for the number of associate degrees awarded to Hispanic students by The Hispanic Outlook in Higher Education. For the sixth consecutive year, Citrus College was designated a “Military Friendly®” school by GI Jobs magazine.

This spring, and for the second time, Citrus College was one of 150 community colleges in the nation invited to compete for the $1 million Aspen Prize for Community College Excellence. The college has now advanced to the next round of the competition. In addition, the Campaign for College Opportunity, a nonprofit organization devoted to ensuring that the next generation of students in California has the chance to go to college and succeed, named Citrus College a “Champion for Higher Education.” The college was one of 13 California community colleges and three California State Universities that were honored for leading the way in creating strong transfer pathways.

Also this spring, Citrus College was named the “Best Community College” by the readers of the San Gabriel Valley Newsgroup publications for the third consecutive year. No doubt Citrus College’s dedicated faculty and staff; our beautiful campus with its state-of- the-art facilities; the college’s stunning location next to the foothills—and close proximity to the Gold Line; and our collegewide commitment to student success, has continued to make Citrus College a regional favorite in the San Gabriel Valley.

As the academic year draws to a close, I am especially gratified to say that Citrus College will once again break its record for the number of degrees awarded to students at Commencement for the sixth consecutive year.

I would like to thank the Monrovia community for their continued support of Citrus College. It is an honor to represent you on the Citrus College Board of Trustees.