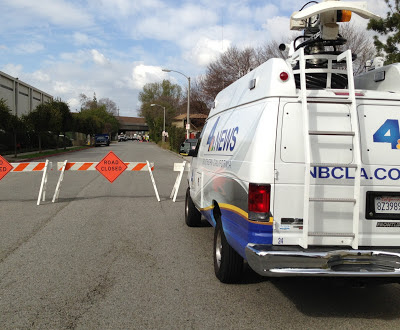 An underground explosion of a utility main prompted the evacuation of businesses and a street closure on West Chestnut Avenue between Fifth Avenue to Monterrey Avenue this morning.

The Monrovia Fire Department received a call at 8:35 a.m. on Thursday morning of steam coming out of a four-foot opening on the street. World Vision, at 800 W. Chestnut Avenue, was temporarily evacuated, and the street.

No residential units were evacuated, and the freeway remained open.

Southern California Edison arrived on scene at 8:45 a.m. and determined that electrical wiring in the vault exploded. Edison isolated the circuit at 9 a.m., and allowed occupants back to their businesses.

The street closure on West Chestnut between Fifth Avenue to Monterey Avenue will remain in effect until further notice. Commuters and residents are asked to take alternative routes to avoid back-up.